My reader may have noticed that over the past year, my posts have become shorter and less frequent. This, I put down mainly, to a lot of my work being held back for future promotional use or possible publishing opportunities. This can mean that in some cases my work will disappear for some time before it gets used - just the way it is!

Shots have been used for a series of three 1/2 page Milk Skateboards adverts in Sidewalk Magazine and a full page ad in North Skateboard Magazine this year, of which I am incredibly proud and so grateful to Milk for using them.
As I said, a massive amount of work is currently in limbo. This includes a Berlin trip this summer and a whole load of shots from various excursions across the UK. I'm also working with Empire Skatepark in Colchester to provide up-to-date content for their website, which is currently being redesigned so none of this work is being released at this stage.
With this ever building volume of hidden work clawing at the back of my head, one of my aims this year was to get more of my photography out there, whether it be on this blog, in the press, on my website or printed for sale.
With the skate side of things it quickly became apparent; I had to be taking photos of more than just the same handful of skaters I hang with. This flow of work may be quite regular, but a large amount of it remains unseen for now. Also, organisations are bound to go with the services that gets their brand column inches and this is a whole lot easier when purveyors of said services have already been published and may be favoured by the publication. This last statement made, I do fully appreciate that mags have staff photographers, and this select few shuttersmiths are paid by the mag to, and do fill the pages with the highest quality work and I don't really have grounds for complaint about this fact. I wholly understand the need for assured constancy in quality demanded by such publications.

So the year has been spent taking a lot of photos, visiting places both new and old and looking for opportunities to shoot different people, alongside designing a website and drumming up business for printed and freelance work.
I tagged along on a short filming mission to Paris for some of the Milk Skateboards crew in May from which a few really good shots were bagged. On my return I was asked to cover the increasingly popular annual spectacle that is Lords Of The Swords in September. A three day, challenge based skate competition which involves road tripping around Essex. My work from this event, along with shots by Kevin Broadbent and Punk Luke was published on longstanding UK skateboarding website Caught In The Crossfire shortly after the event.
I was hired by West Suffolk Council to cover the official opening of the Bury St. Edmunds skatepark in early summer and a large selection of photos from my temporary, park build blog were printed on a huge banner which was hung along much of the perimeter fence on the day. Unfortunately, a local freelance photographer appeared and got his shots of the event into the local paper... Mine were better.
After spending a weekend at Brownstock Festival in late August, a music festival which has a small skate arena next to the main stage. Held near Chelmsford, Essex with the Empire Skatepark crew and a week in Majorca bleaching my beard it was time to hit Germany with the core Milk Skateboards crew for a week in Berlin in September. I took one of my best ever photos to date on that trip. And this is another one I can't show to you yet!

Although this blog is skate based, I do enjoy a wide range of photographical subjects. I especially like dramatic landscapes and also take some wildlife shots and while visiting my brother, in County Durham in October I managed to get some great shots on the North Pennines and Weardale. Some of which are available from my website or at Hardcore Hobbies in Bury St. Edmunds who are kindly displaying a selection of my work in the Stairwell Gallery. 15% of all sales at Hardcore Hobbies will be donated to Grind For Life. The same goes for any sales from the walls of Empire Skatepark who also now have a small selection on display.
On the back burner is the United Skateboard Photography Project. A venture to initially print a batch of 1000 large, 300 page hard back books full of skate photos from photographers such as Grant Brittain, Brian Fick, Jim Goodrich, Mark Nichols, Graham Tait and Brady Hsu to name a few. This crowd funded project is gradually getting more and more pledges and will hopefully be published in 2015. All sale proceeds will be donated to the Grind For Life organisation.

I've spent a lot of time at Empire this year, as can be seen from the amount of posts I've made concerning the park! Lewis & Harry have been good to me this year and gave me the opportunity to provide a special offer for Christmas; An hour long shoot at the park, resulting in a framed print delivered to Empire before Christmas.
The offer was taken up by a good number of people and I had a great time shooting them all. We hope to repeat the offer soon.

Instead of zoning out in front of the telly all Christmas I've had a trawl through some stuff from Empire I haven't posted here until now.
Firstly, here are a couple of sequences from Skate Night last Wednesday. Both were shot in low light with no flash, so the quality isn't great, but the skating says enough! I still have no idea how JThax manages to do that...


These two of Toby were shot on the same afternoon, as was the picture at the top of the post. The second is the original shot used for the Empire Skatepark Christmas Jam poster.


A couple of weeks back Luke asked me to take a few shots to send to Moonshine Skateboards. This was the first shot I fired after I'd set the lights up. It went down quite well.

And finally a few from the last Empire skate night before Christmas at which we also celebrated Zack's birthday.
Munson tried this no comply tail slide for about 2 hours before he was happy. Yet a week later, he'd managed it in 3 goes. Not a happy Munson!
I took a few without a flash and with a low shutter speed, tracking the skater's line. This gives a pleasant and natural sense of movement to the shots. 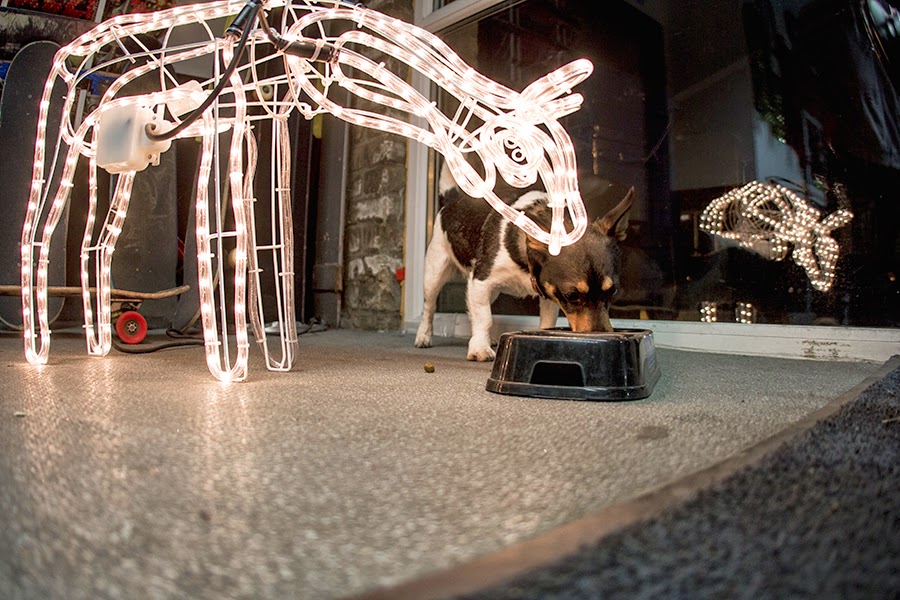 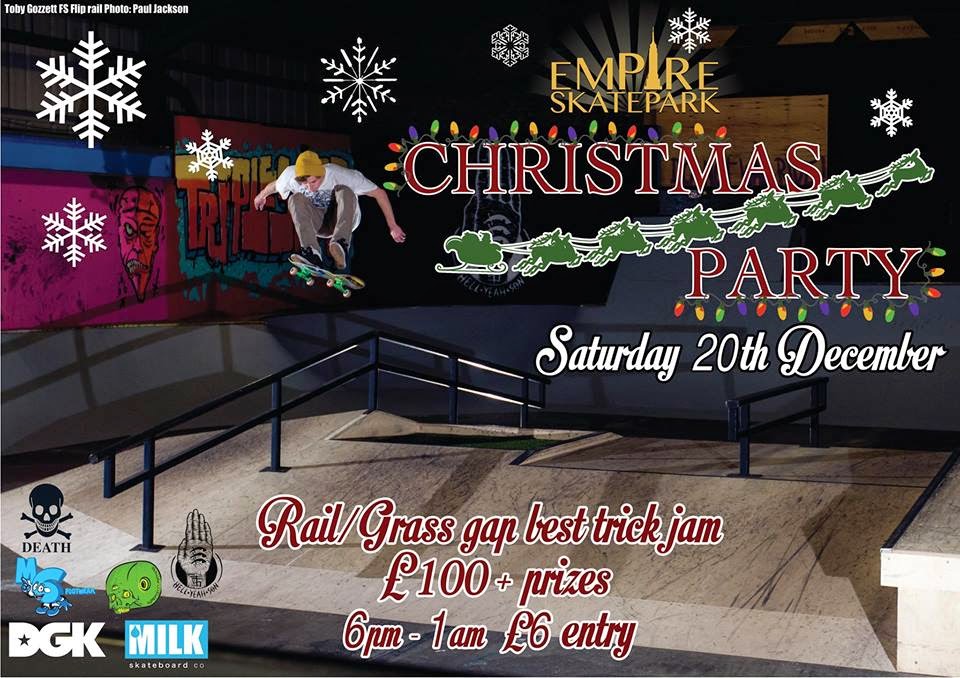 On my arrival at the park, I was greeted by good friends and a couple of people picking up their orders from the last open photo shoot conveying their thanks. A nice way to start the evening. It proceeded with a good session on the mini, before the night kicked off proper and I enjoyed a good skate with some good people.
Out came Harry with the megaphone and so started the first session on the new driveway. Lots of swag including free session vouchers, t shirts from Milk, Hell Yeah Son & others (thanks for mine Alex), hats, stickers and cash prizes were up for grabs for the best tricks. Even a HUGE box of iced donuts, which was gradually devoured by the hammer throwers! 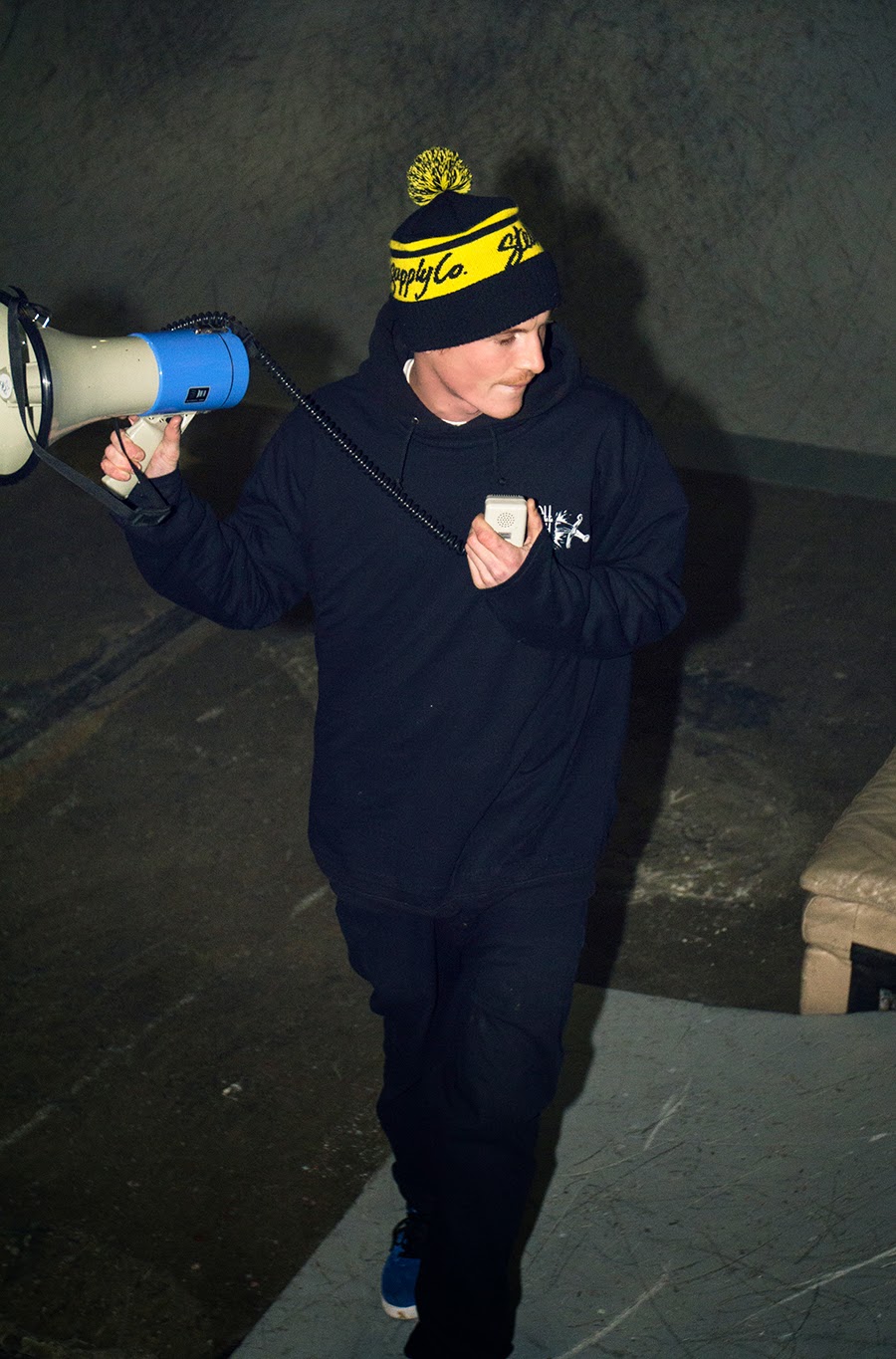 The second session went down much like the first with a good load of rewards given.
And towards the end Luke and Jordan gave flight on the vert wall. As you can see, Luke slid out of a few, leading to a large rip in his trousers revealing a little more than required!

At the end of the second session, Andy pointed out Luke, climbing up the mezzanine to the top of the stair rail.
After a bunch of scary washouts and some head/board contact, Luke climbed back up, was passed his board and jumped the eight foot drop into the five foot quarter below to an explosion of noise from the entire crowd. All credit to him, it's a massive drop and the size of his knee later in the evening gave some idea of the repeated impact force of dropping onto concrete from thirteen feet.

Late in the evening, Lee & Mark got down a massive b/s nose grind / f/s air double up over the door gap. I'm sure you won't have to wait too long for a Hell Yeah Son/Empire edit of the night to see it. I'm keeping the photo back for a bit.
I left the core Empire crew at near 2am as they walked into town to party. I only had to look at Instagram this morning to confirm good times carried on into the night back at the park.

The crew have all worked hard this year to make Empire Skatepark the smart, safe and loved park it is. With the recently redecorated reception & well stocked shop and the enthusiasm to improve and expand the park layout continually this community driven park should be very proud of what has been achieved in 2014.
2015 is promising to be an exciting time for Empire with the addition of a skate only DIY concrete park out back it's hoped that this will be completed in time for summer. Potential for this new area is huge and the ideas already being realised are very encouraging, I can't wait to skate it and see it skated in the sun!

I wish a Happy Christmas to all the people I've met at Empire this year. It's been a pleasure skating with you all. And a massive thank you to Lewis & Harry for giving me the freedom to shoot in the park. 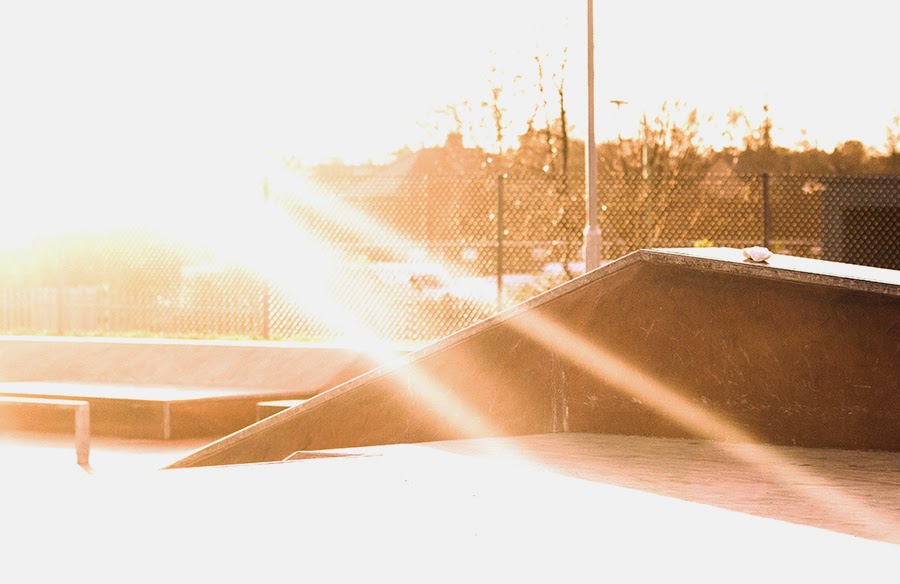 Finding a large section of the park and the deep end of the bowl wet on arrival, I thought it may end up as a camera day, not a skating day for me.
I had a roll around for a while and it didn't feel great, so then, these happened... 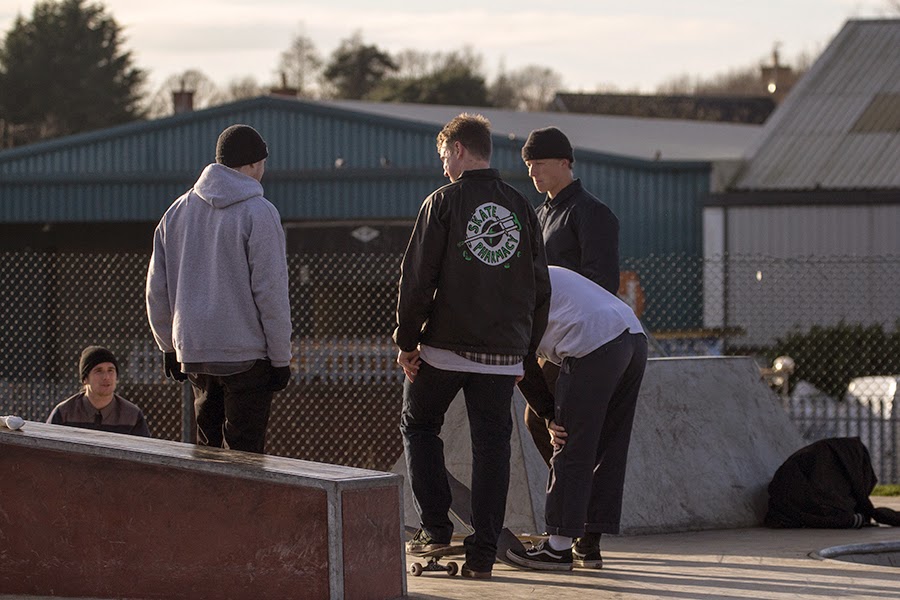 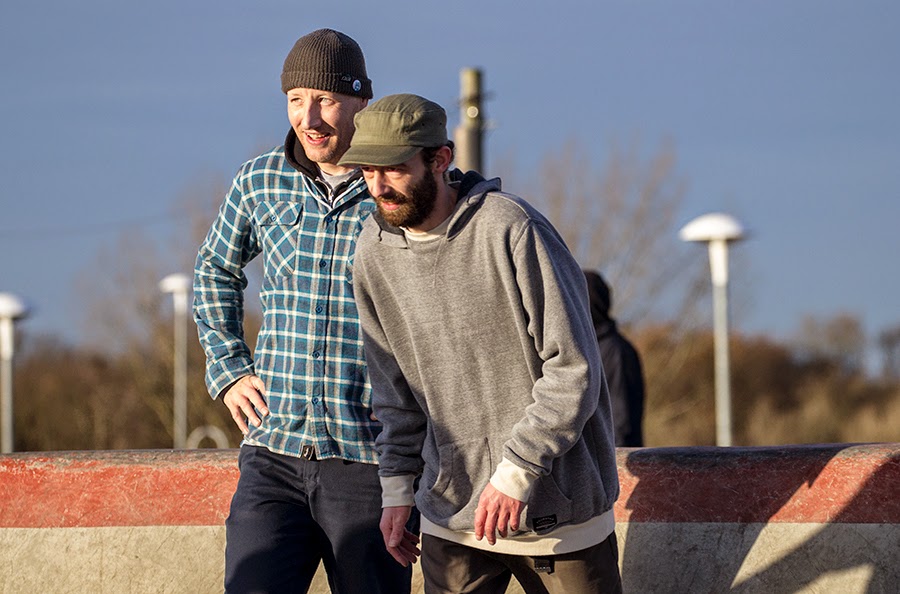 If anyone can help with the name of the skater in the next two, please comment.
Real nice f/s rock & Texas! 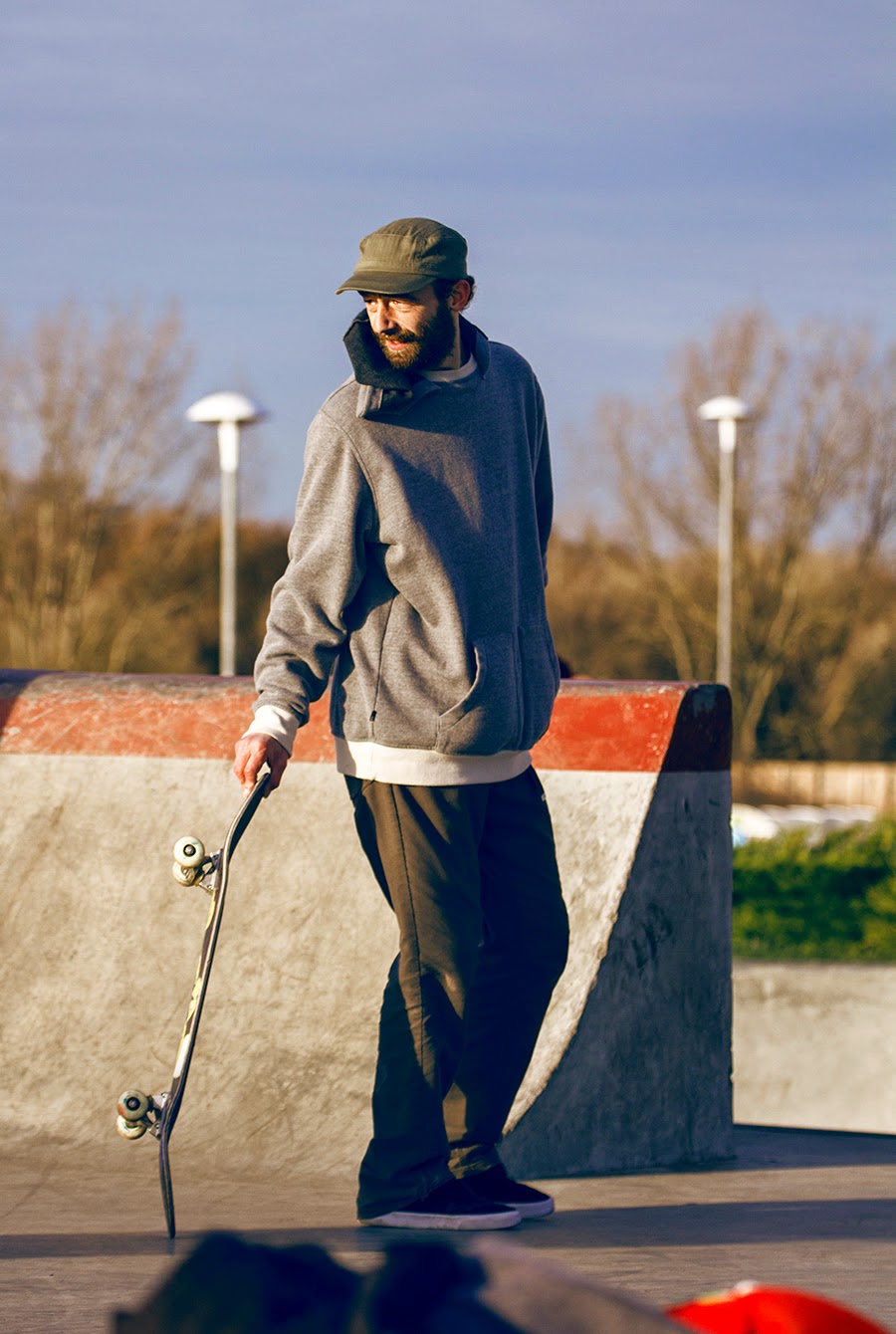 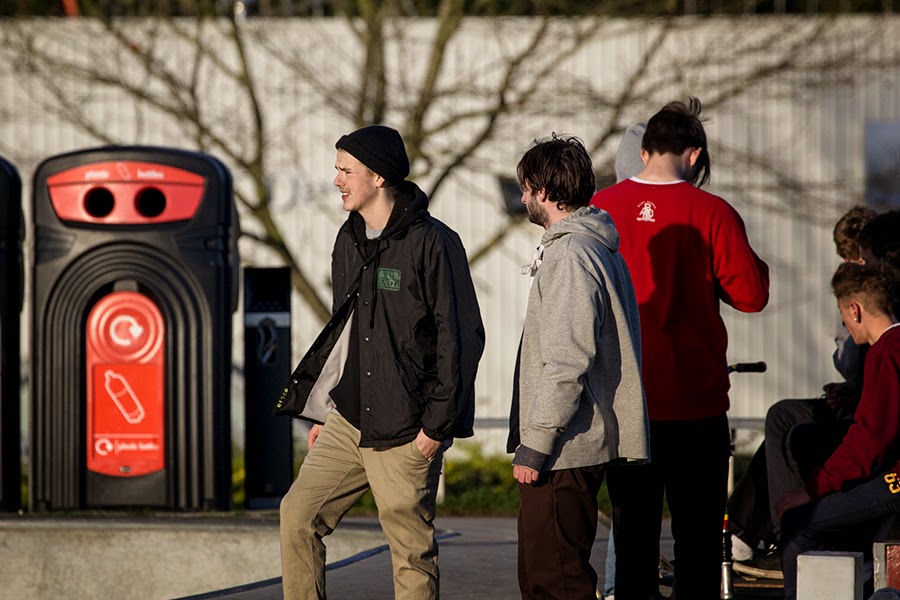 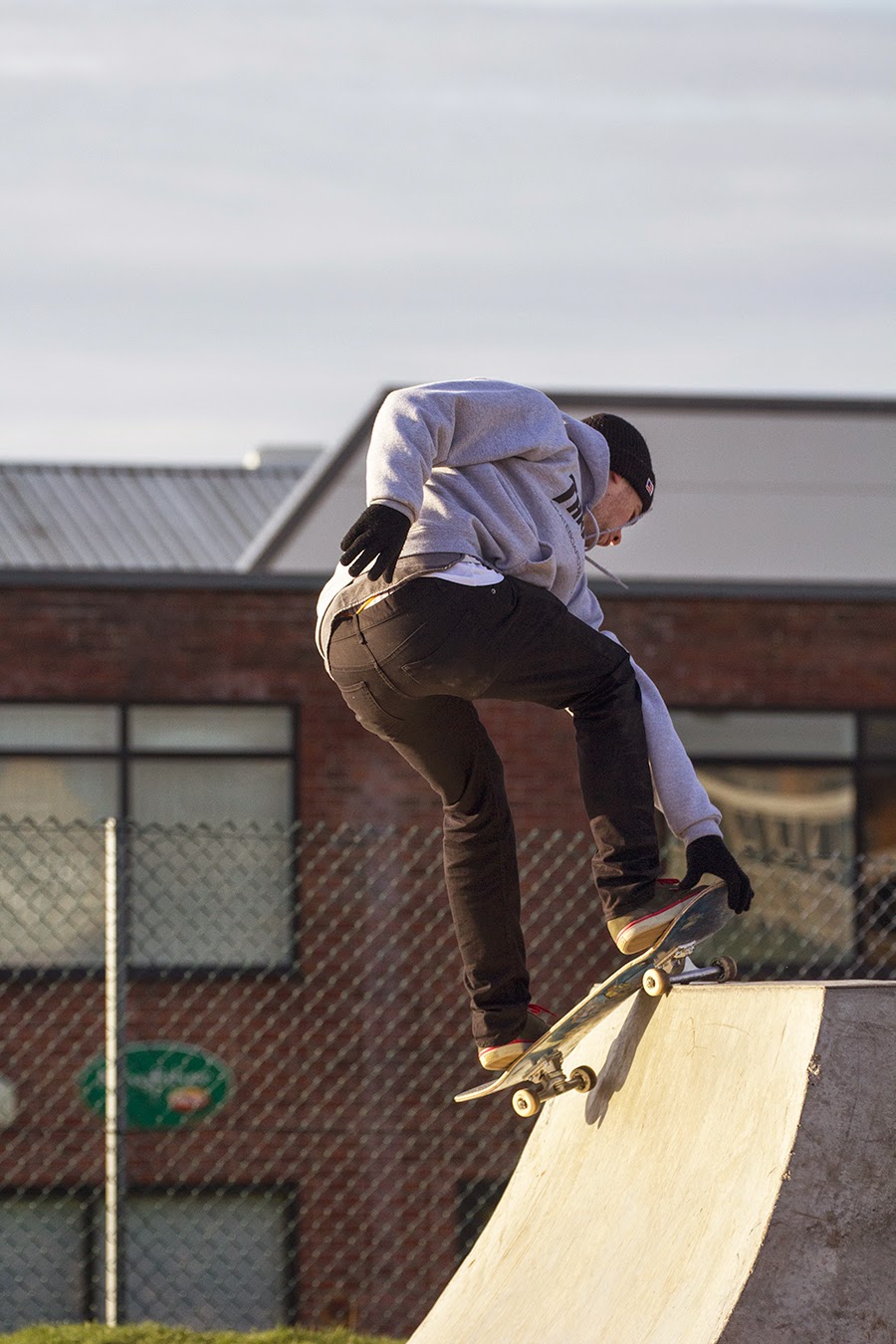 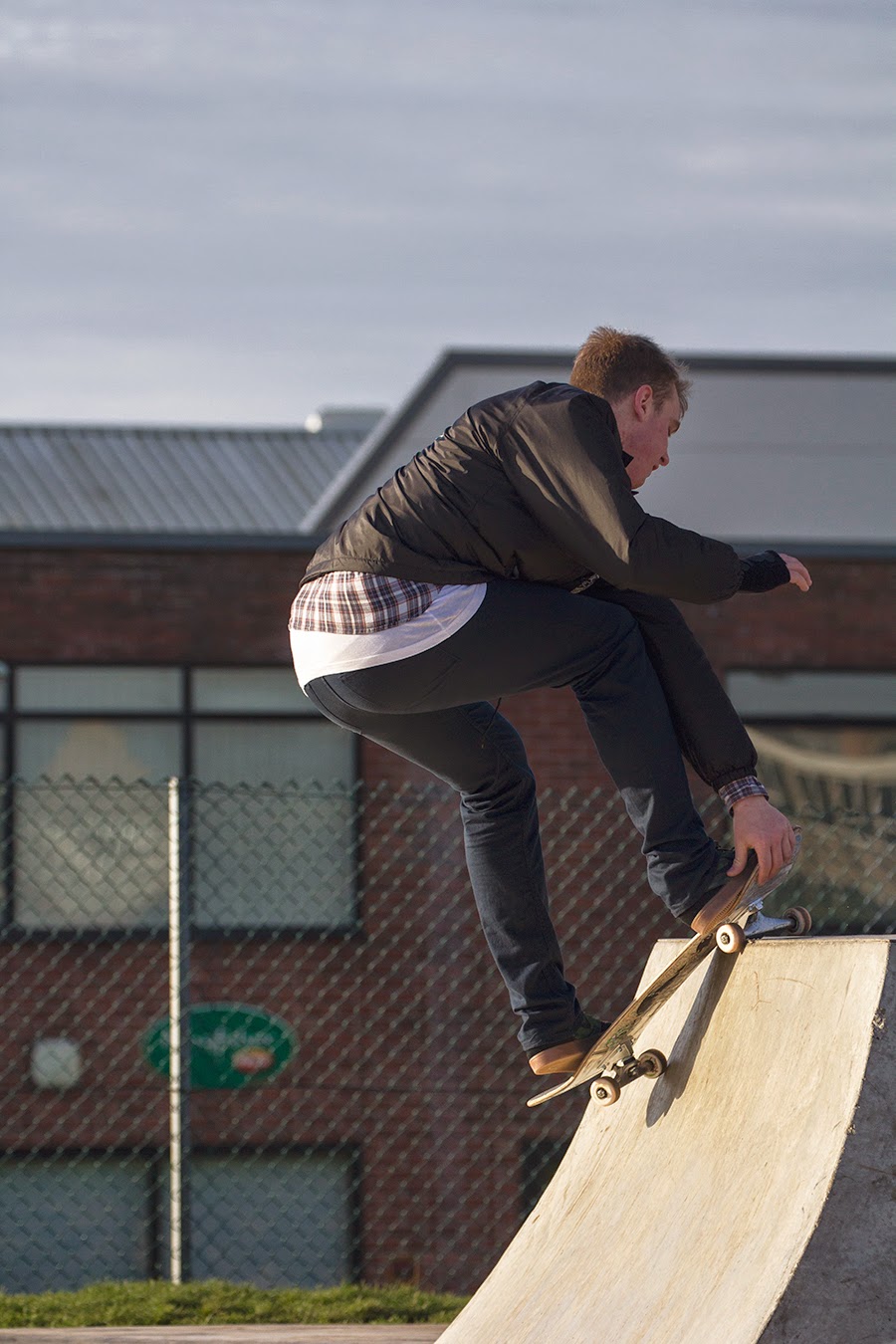