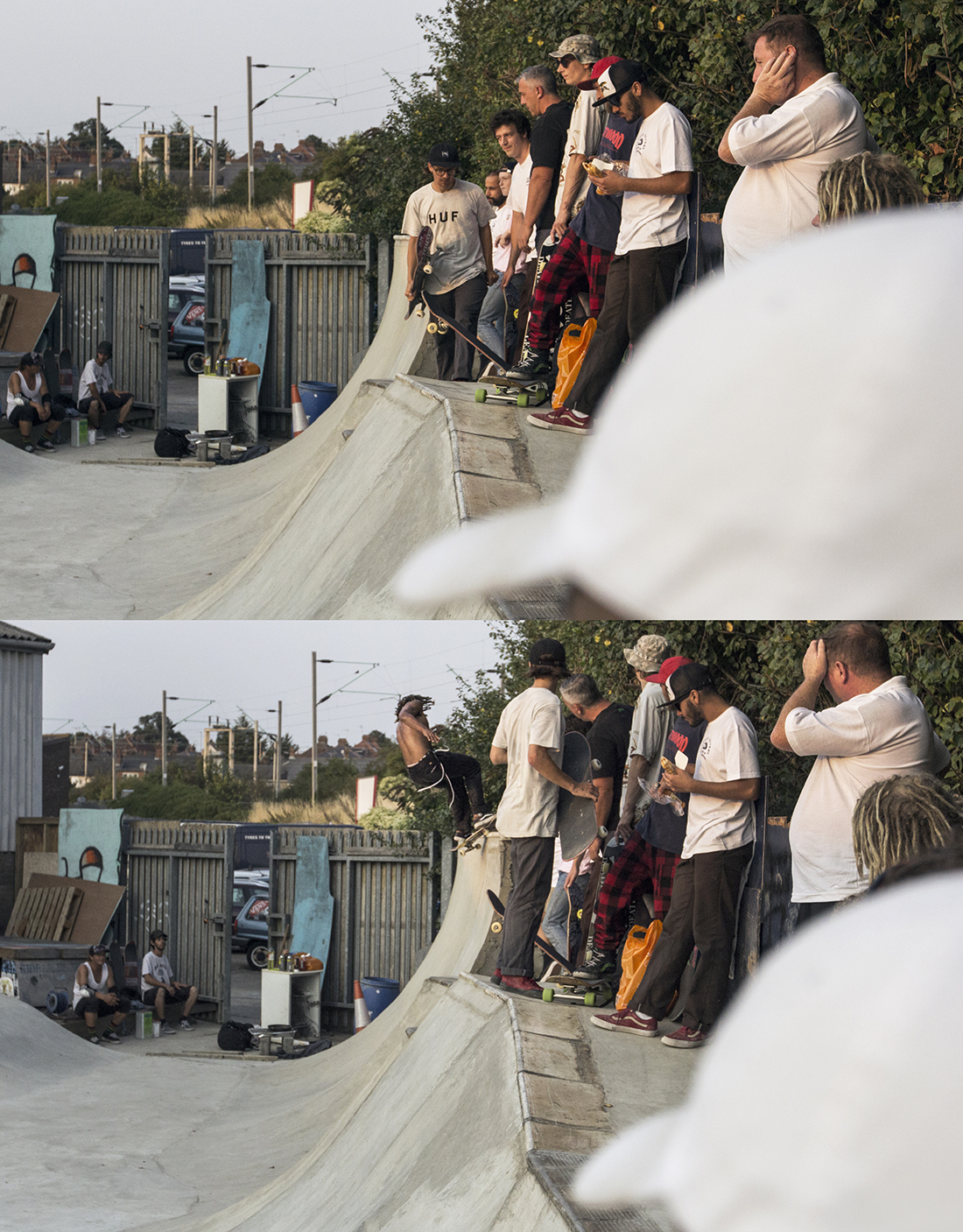 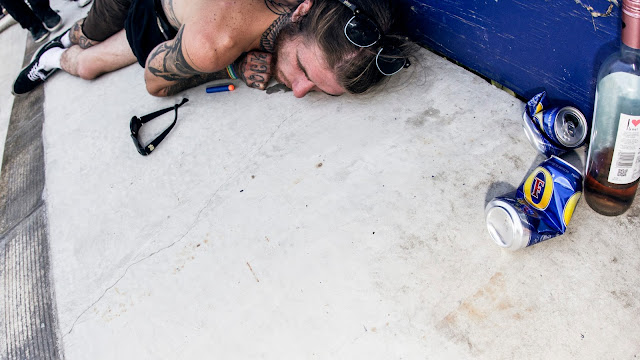 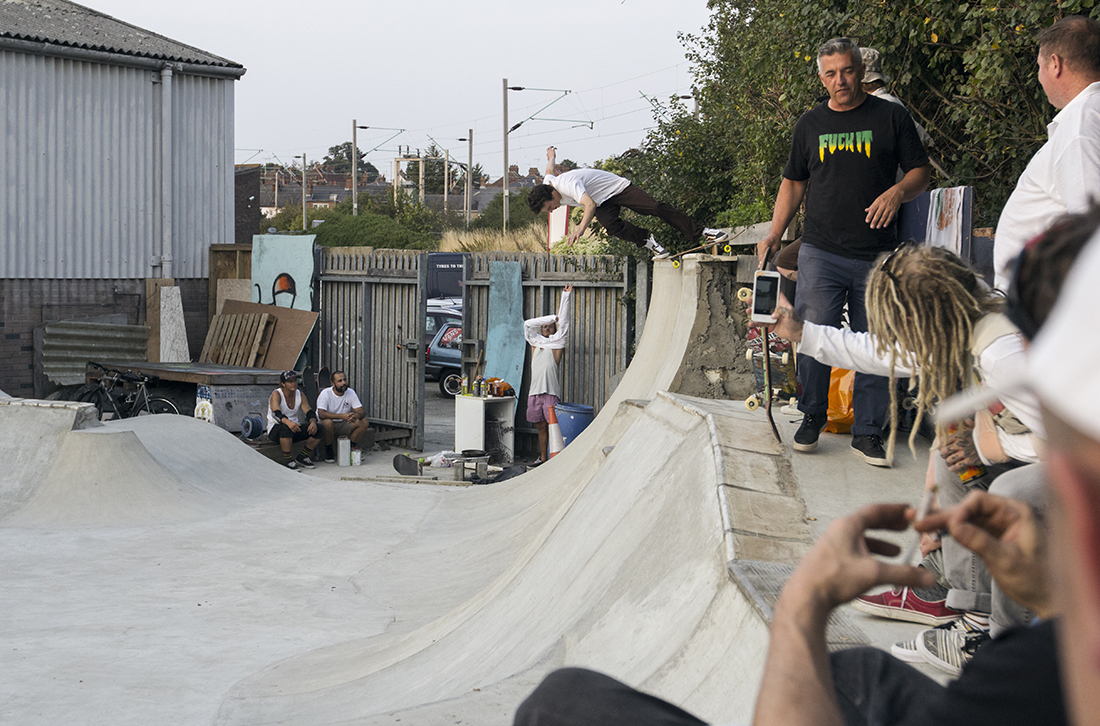 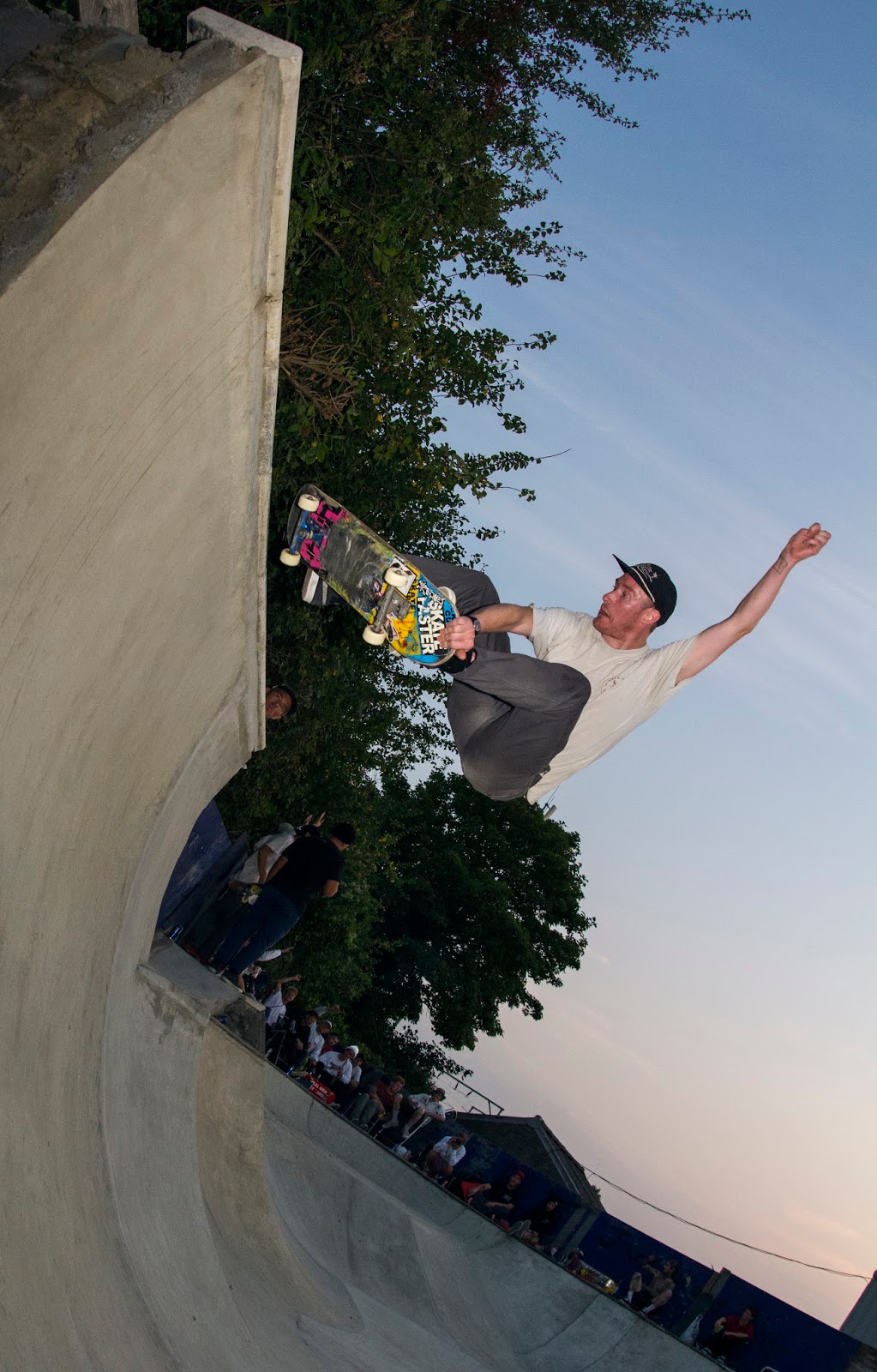 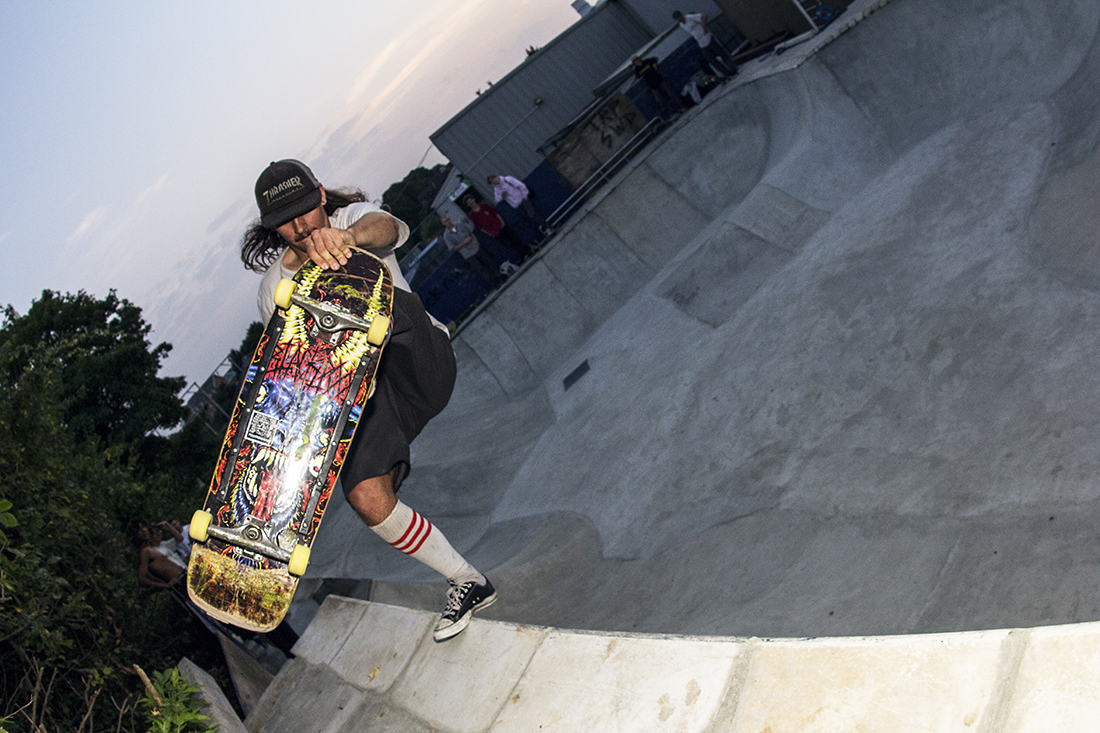 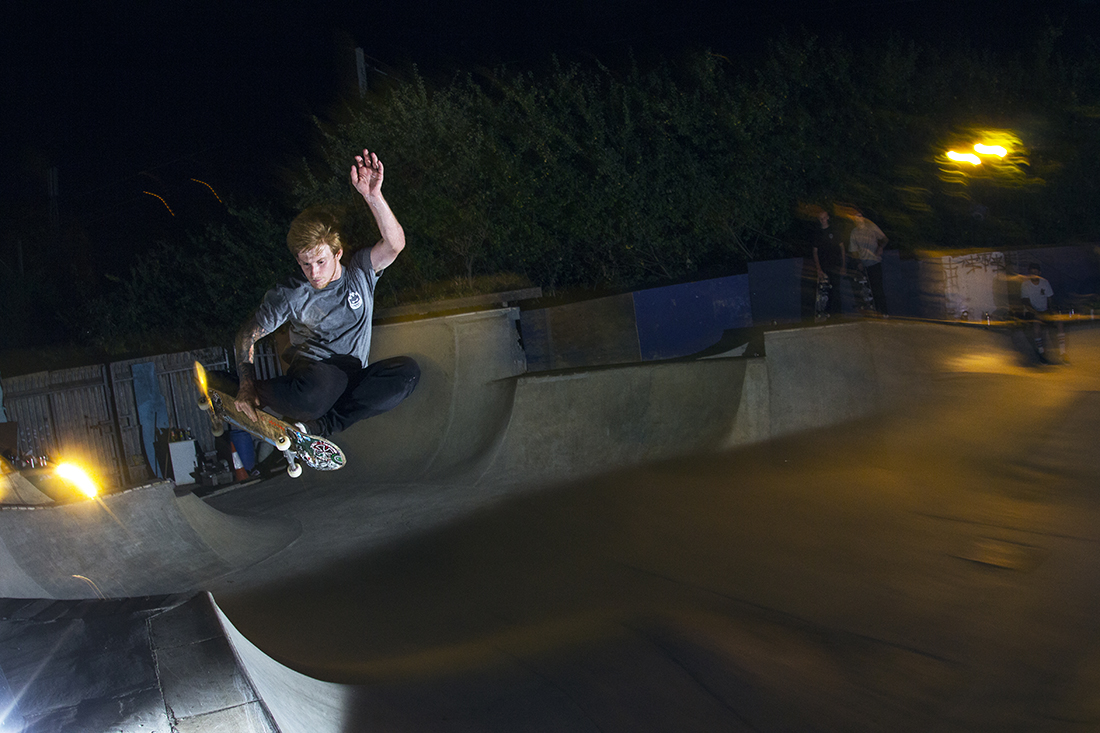 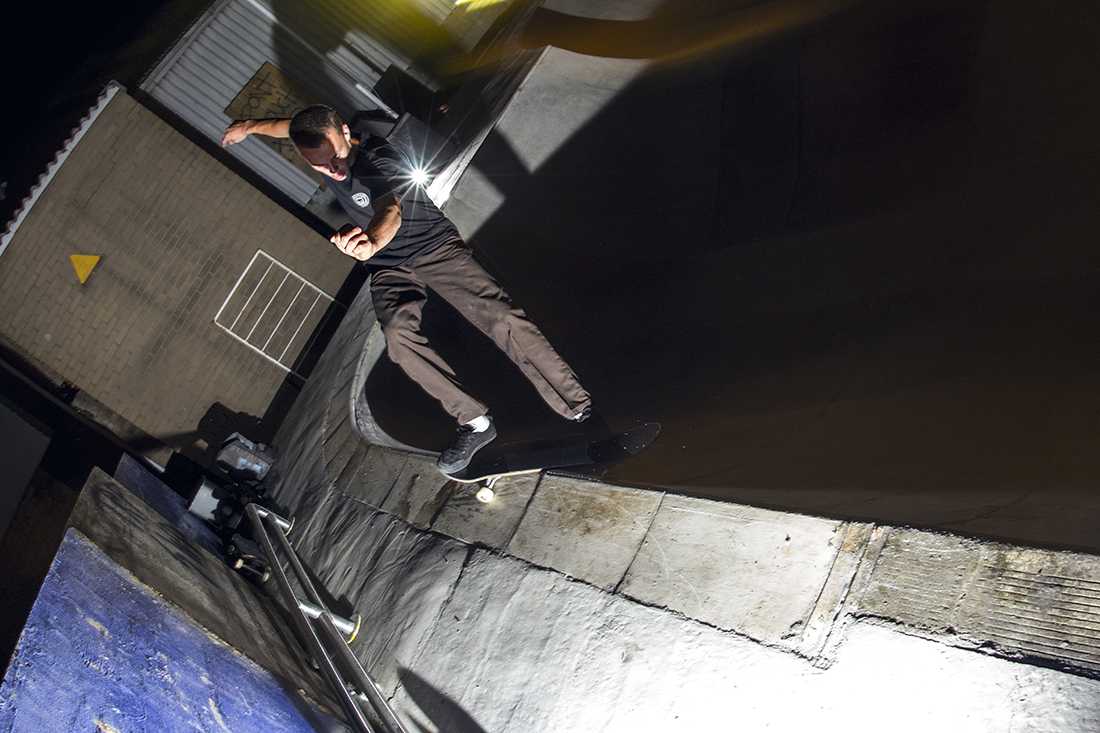 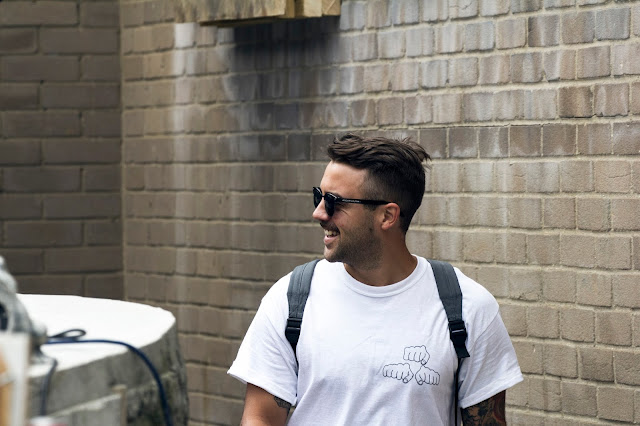 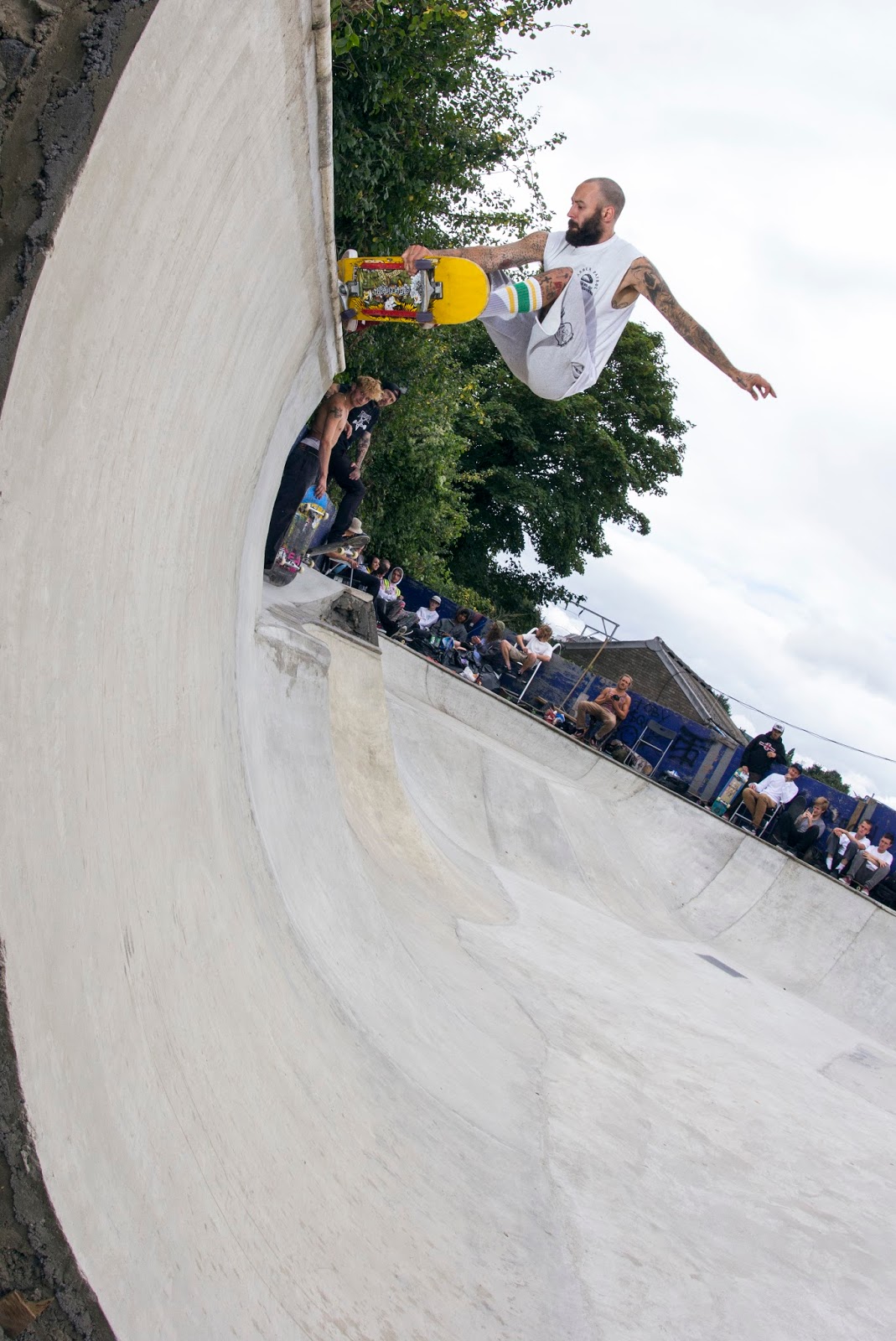 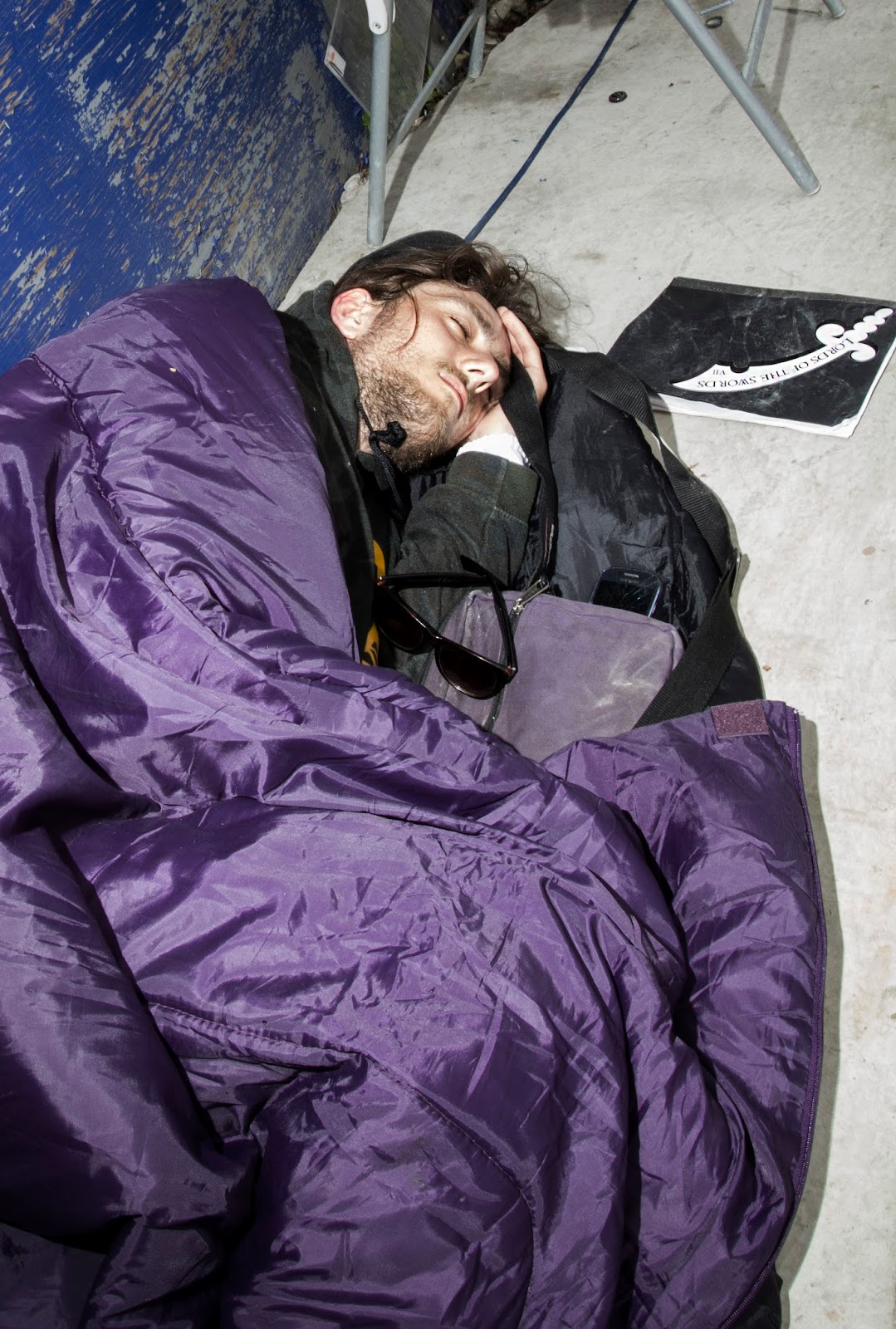 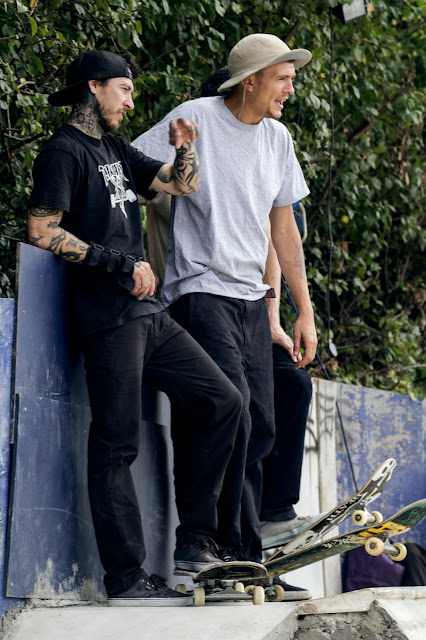 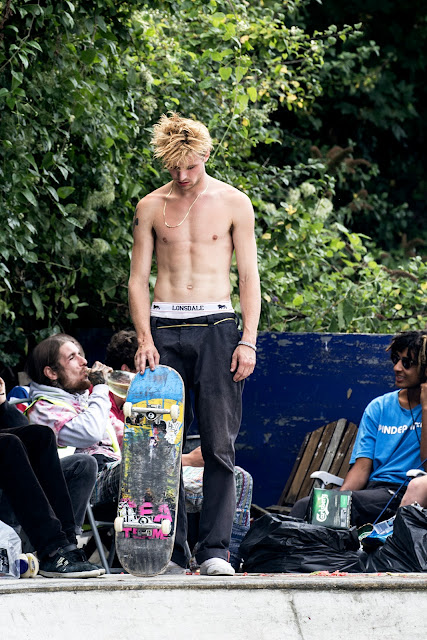 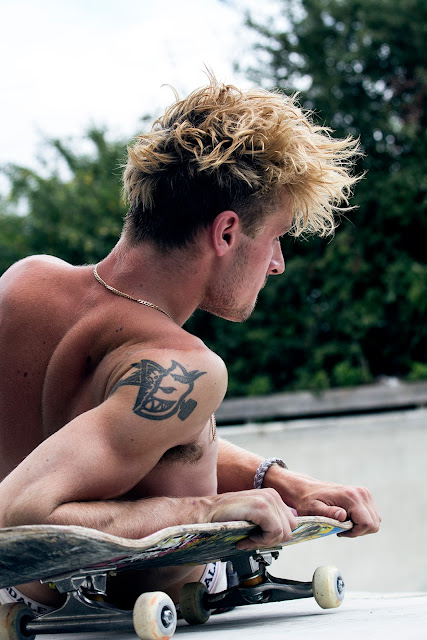 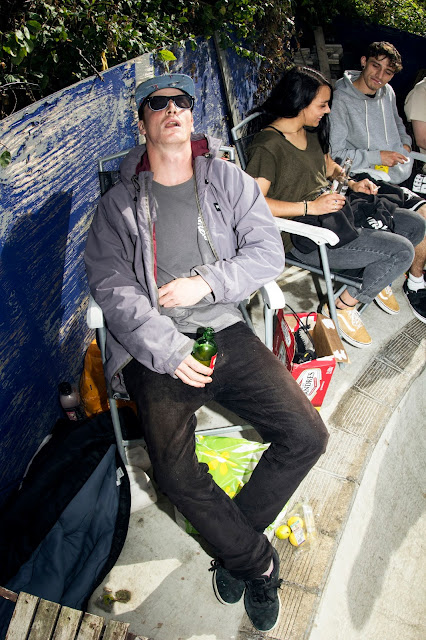 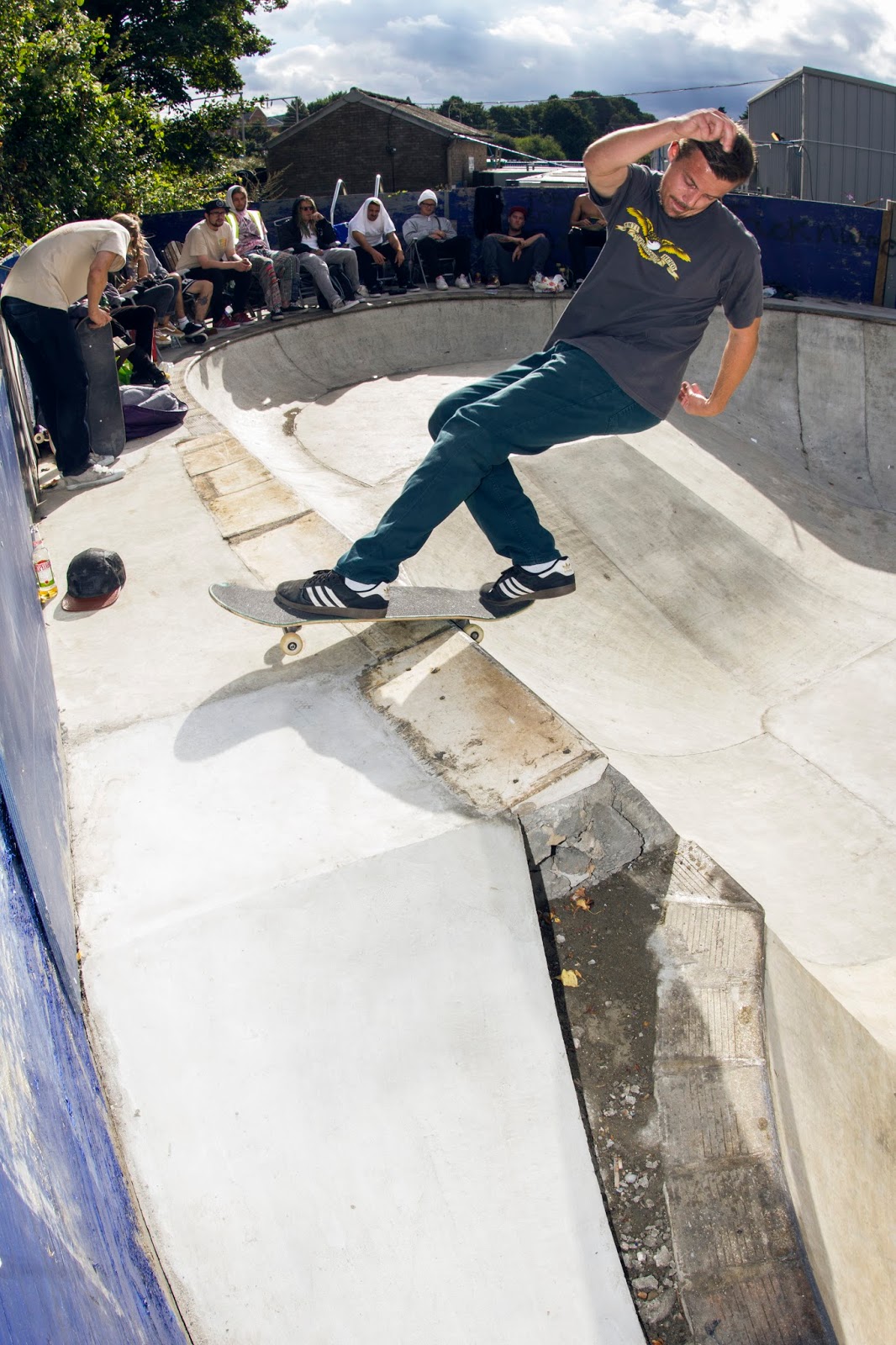 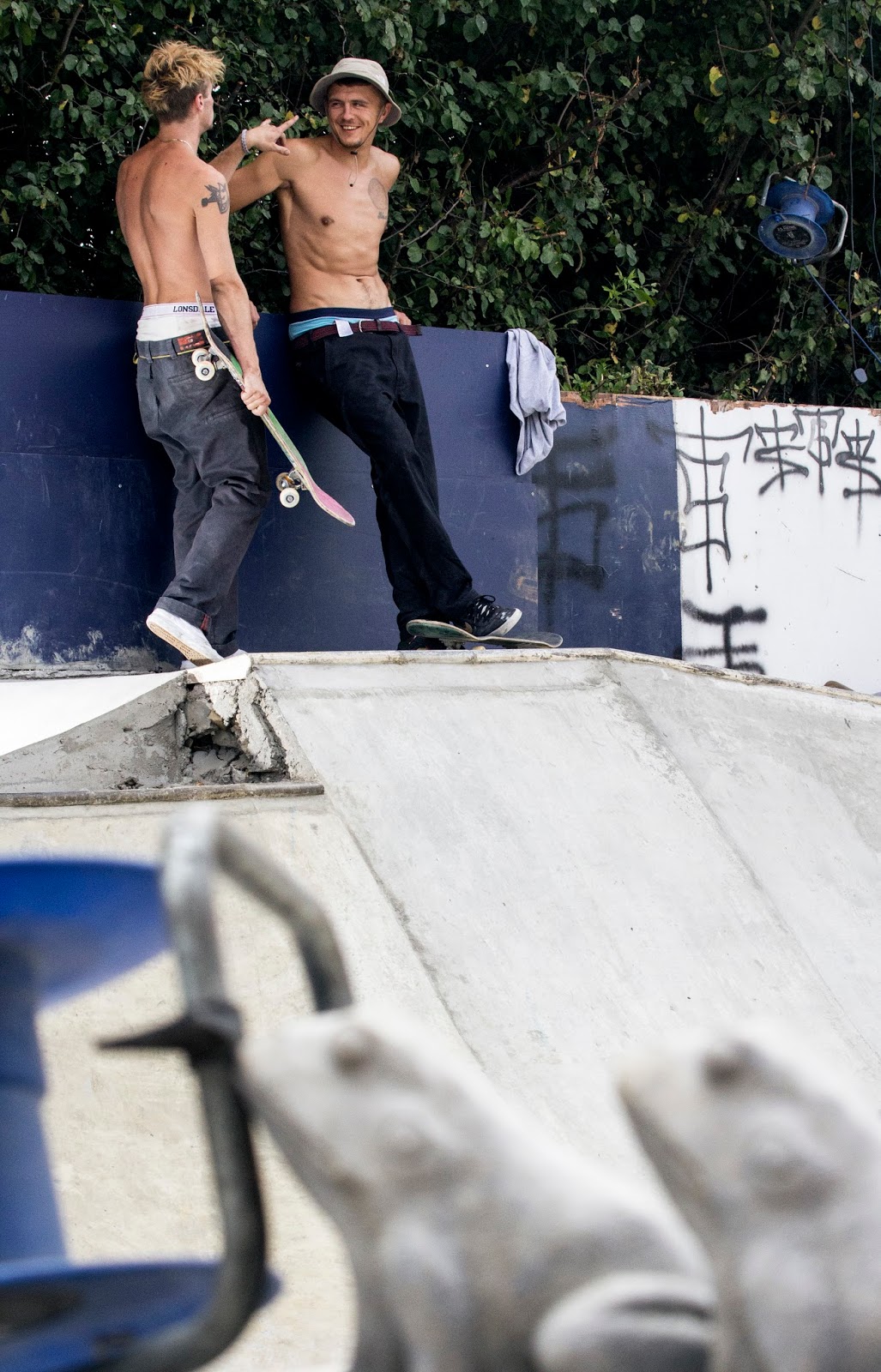 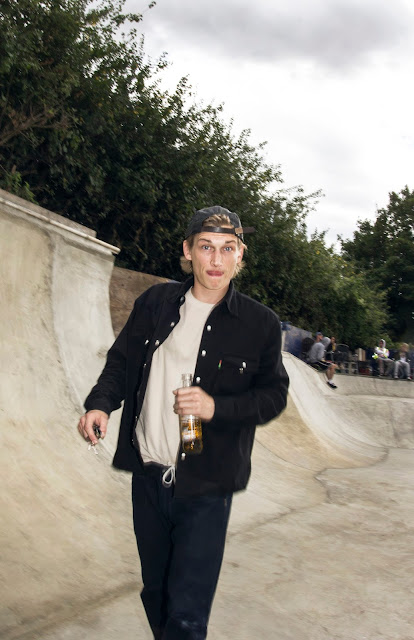 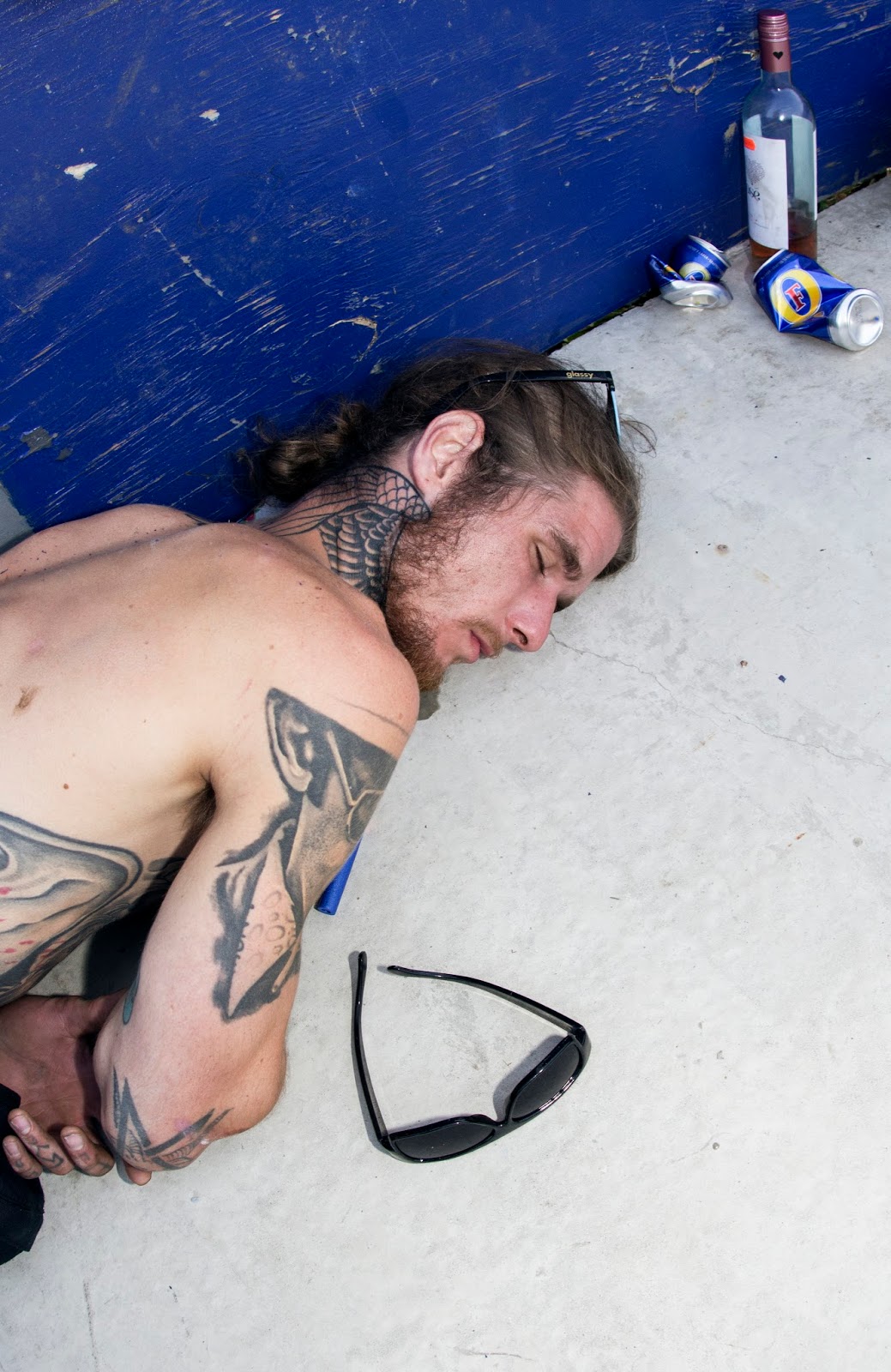 Email ThisBlogThis!Share to TwitterShare to FacebookShare to Pinterest
Labels: Empire Skatepark, Lords Of The Swords 2016 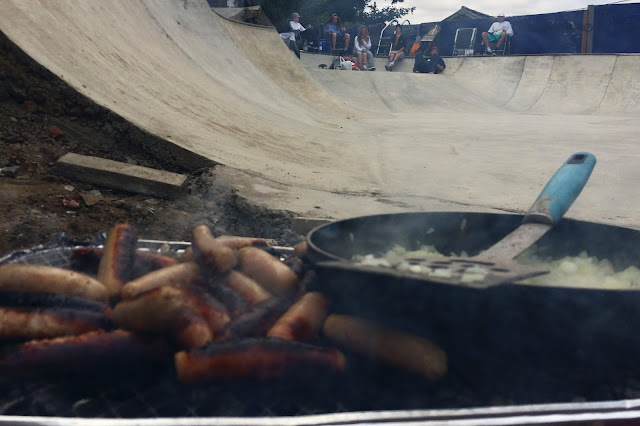 
Day two started early. After a couple of hours rest on the platform of a ramp, I went out back to sit in the fresh morning air. After a little while I was surprised to see Jarvis appear. He proceeded to bare foot drop in and disappear with his dad for an hour for a shower and a full english (he met us straight from work the day before and probably needed a some solids after the last night). I visited Tesco for essential comforts and a cup of coffee. Returning to find a disposable barbecue burning well with a large pack of sausages and a bag of diced onions ready for the fire.


During consumption, the group cleared up in preparation for the evenings event and plans were made for the day to come. Andy returned with a fresh & fed Jarvis surprisingly promptly considering the distance covered and wished us luck. Luke disappeared for 10 minutes or so and when he returned he had hold of his own shit in a polystyrene cup.
Why he felt the urge to poo in a cup is beyond me but we all laughed in disgust for a while before urging him to get rid of it! He opted to try and throw it over the fence towards the railway line. He managed to get most of it on target. One nug did however drift left into the car park. We left in convoy for Delside without finding out what it might have hit.

Nestled in a small patch of woodland separating a main road from an industrial estate this vision of concrete nirvana is inevitably, considering the builder constantly having new sections laid or dug and Paul, as expected was on his knees, trowel in one hand slapping lumps of 'crete on with the other. I handed Paul a donation and got on with mixing along with the rest of the crew. 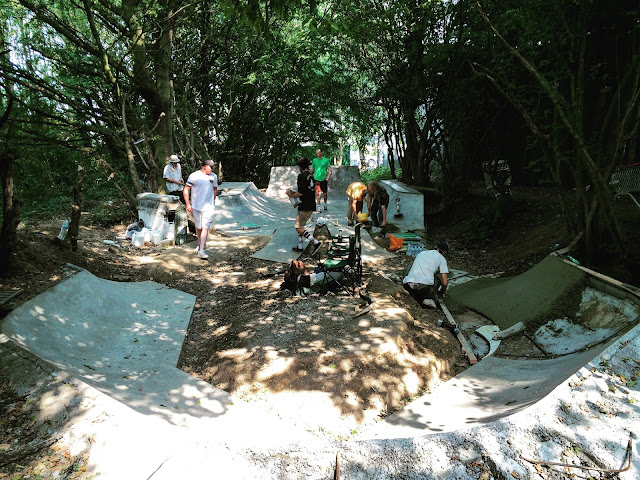 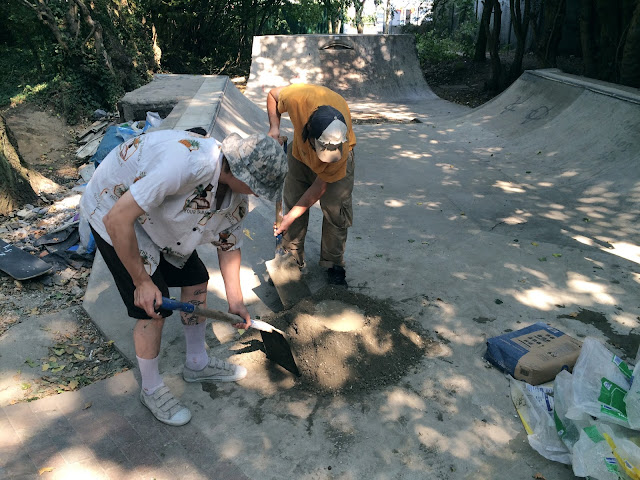 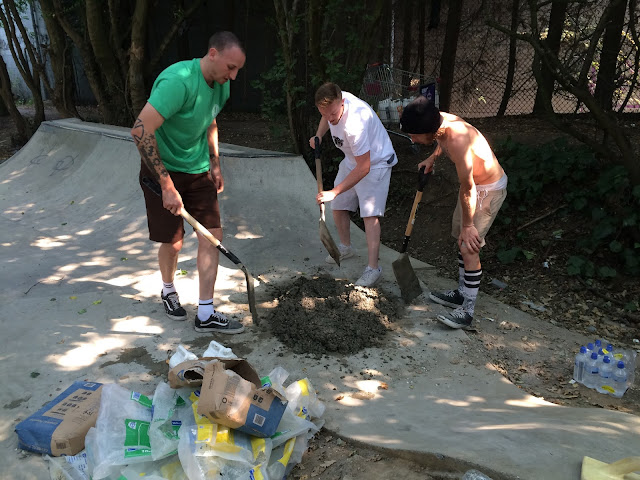 Once we had cleared the mix we got to skating.
I managed a few good lines early on as I'd planned. This gave me the rest of the session to potter around the woods finding angles for some sneaky long distance shots and cover as much of the skating as I could. I love taking photos at Delside. When the weather's good, dappled light floods the space and gives the greens a real blast of vibrance.


As I walked back to the group, apart from a few still skating most were now chilling out or helping Paul further. Jarvis, wine bottle in hand was slurring his way through an argument about whether or not he should call his mum and tell her he was in hospital. One of the non-skate based challenges. Easily convinced, a speaker was connected to his phone and dialling commenced.
As the ringing tone repeated over and over, people began to giggle and taunt Luke about how his mum was probably looking at her phone thinking "for f$&* sake! I'm not answering" And letting it ring. Luke was all "no,no,no! My mum always answers my calls!" as his phone clicked over to answerphone. Much laughter and further taunting followed.


Further skating ensued and Lewis, celebrating his birthday smashed out lines ending with BIG f/s flips and blunt shuv fakies. We cleared up our rubbish and Jarvis licked up the beer he'd spilt on the transition before we left to get Empire ready for a party.


Rick, Radman and I stopped for fast food before collecting some flood lights from Rick's parents place. This was going to be the first time the new Out Back DIY was getting non-builder's wheels rolling on it. It was going to go off late into the night and as we arrived back at the park the sun was falling behind the town lighting a most excellent sight.... 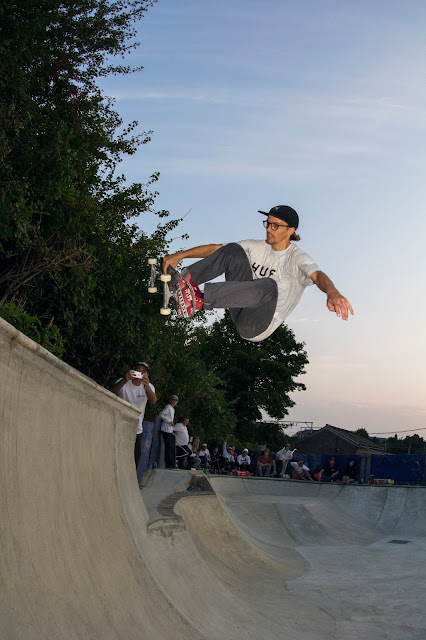